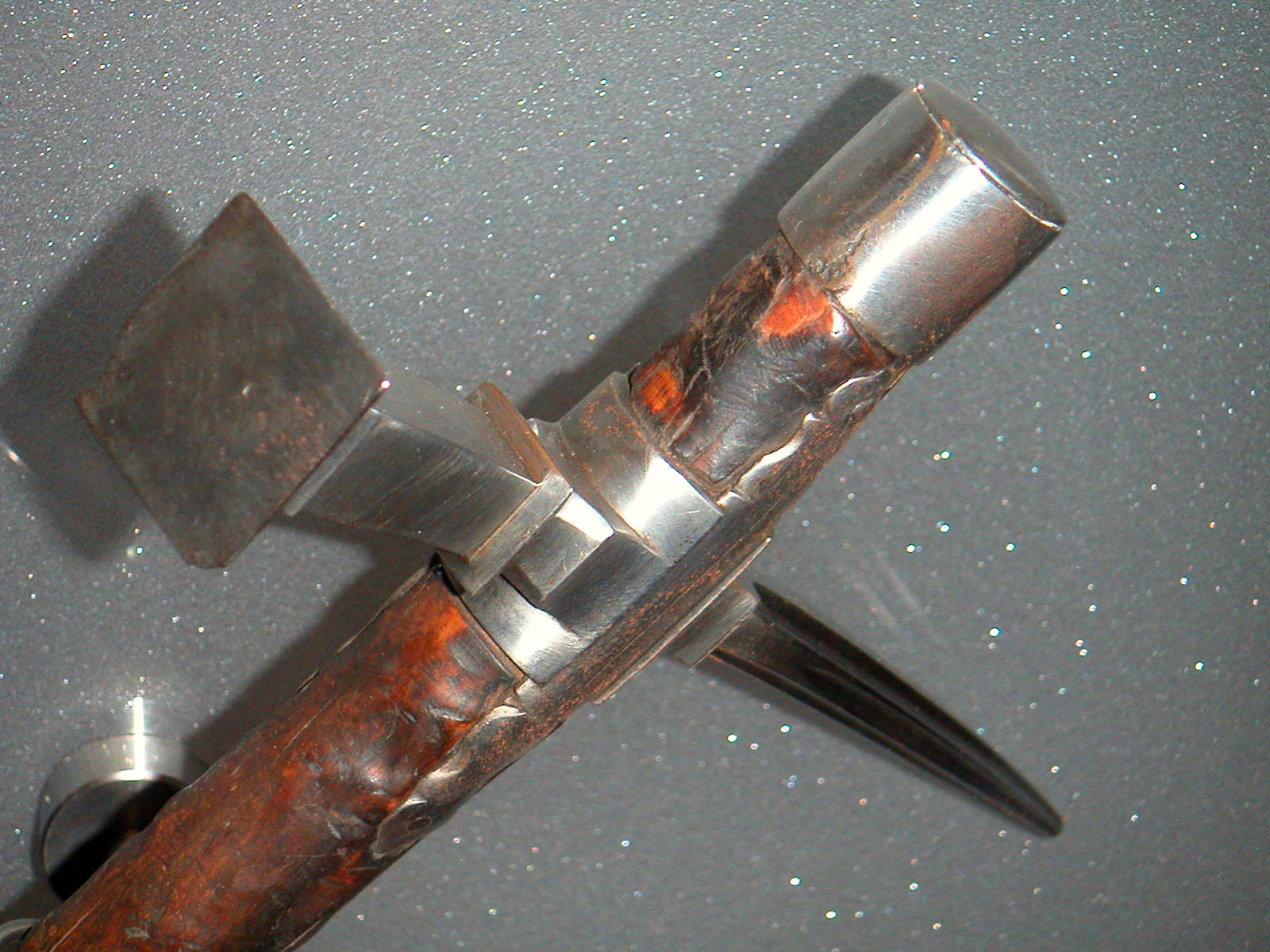 In a recent paper[1] Sara Schechner claims images could not have been projected at the time of van Eyck because the metal was too poor to make mirrors of sufficient reflectivity:

Unfortunately, Dr. Schechner’s contentions in this paper are contradicted by countless artifacts. For example, it is obvious from the above photograph that metal was widely available of more than sufficient quality for making high reflectivity mirrors (n.b. Witelo describes 150 years before van Eyck how to make such mirrors[2]). Also, since our results show the necessary concave mirrors had diameters of only ~1″ (2.5 cm), there is enough metal in the above hammer alone to make several such mirrors. As countless examples of armor on display in many museums show, Dr. Schechner’s contention that hand-polished medieval metal had low reflectivity is simply wrong.

In the same article she also writes about mirrors that:

They were extremely rare and precious, often held in small, carved, ivory compacts. Their rarity is underscored by the fact that none seem to survive today in museum collections. All we find are a few empty ivory cases and images of them in illuminated manuscripts.” … “We do not know if they were beaten into shape according to Pliny, or cast in molds as della Porta later described, or ground by hand as the small stone mirrors were.

Even though the above war hammer has been kept in a case in a museum, rust has formed on its surface since it was last polished. Whether they were rare at the time or not, a simple understanding of the properties of metals explains why metal mirrors would not have survived 500+ years in the climate of northern Europe without very serious degradation.

Jean de Meun in Le Roman de la Rose later commented on the marvelous power of mirrors to enlarge writing, and some scholars believe that concave mirrors were used as reading aids in the late thirteenth and early fourteenth centuries. Personally I find the evidence inconclusive. If such magnifying, reading mirrors were ever made, none survive for study.

During the Renaissance, as well, concave spherical mirrors were used as reading glasses for close work in reading, writing, and illumination[3].

Mirrors, despite their inconvenient habit of reversing the text, were used alongside lenses to enlarge small and faded handwriting[4].
(note: when properly oriented, concave mirrors magnify the text without reversing it).

In the first set of quotes Dr. Schechner’s describes what she claims are the shape and reflectivity of medieval mirrors, but in the second and third set she says no such mirrors have survived for these properties to be studied. Contradictory statements such as these, coupled with contentions about materials science and optics that are simply wrong, along with her failure to accept relevant evidence presented by others, have resulted in Dr. Schechner reaching conclusions in this paper that are incorrect.

[2] “Make a spherical mirror as before [from clear iron]; smooth and polish its interior along the concave portion of its curvature…”
Perspectiva (Book V), Witelo, c1274~1278
Book V of Witelo’s Perspectiva, trans. by A. Mark Smith (Polish Academy, 1983)

<< Back to Optics Art Sociological Questions