Charles Falco holds a Named Professorship—UA Chair of Condensed Matter Physics—at the University of Arizona, where he has been a Professor of Optical Sciences since 1992, and a joint appointment in Physics. He received his Ph.D. in experimental condensed matter physics in 1974 from the University of California, Irvine, after which he joined Argonne National Laboratory as Assistant Physicist (1974–77), and Physicist (1977–82) (Group Leader, Superconductive and Novel Materials Group 1978–82). He held visiting positions as Maitre de Recherche (May–July, 1979) and Professeur Invité (May–June, 1986) at the Université de Paris-Sud, Orsay, and was an Alexander von Humboldt Foundation Senior Distinguished Visiting Scientist at the Technical University of Aachen, Germany, June–November, 1989. He has served on a number of scientific panels, advisory boards, and review committees for various government agencies and universities, the editorial boards of two journals, and as a member of organizing, program, advisory, etc. committees of 20 international conferences and workshops. He is a Fellow of the American Physical Society, the Institute of Electrical and Electronics Engineers (IEEE), the Optical Society of America, and the Society of Photo-optical Instrumentation Engineers (SPIE) and served two-year terms as Councillor of the APS and Member of the Executive Committee of the Division of Condensed Matter Physics of the APS (1992–1993), and four years as Secretary/Treasurer of the Forum on International Physics of the APS (1994–1998). Falco’s principal research interests are the growth (by Molecular Beam Epitaxy-MBE and sputtering), structure (using a wide range of probes, including x-ray and electron diffraction, in situ and ex situ surface probes, electron microscopy, scanning probe microscopies, etc.), and studies of the physical properties of metallic superlattices and ultra-thin films, including research on magnetism, superconductivity, x-ray optics, elastic properties, and nucleation and epitaxy of thin films, as well as computerized image analysis. He has authored or co-authored over 250 papers, six book chapters, six U.S. patents, and co-edited two books, as well as given over 150 invited talks at conferences in 24 countries and over 200 seminars at universities and research institutions in 15 countries.

In addition to his scientific research, Charles Falco served as co-curator for an award-winning design exhibition at the Solomon R. Guggenheim Museum, and recently has been collaborating with the artist David Hockney to discover scientific evidence that demonstrates lenses were used by certain artists as optical aids as early as the onset of the Renaissance. For this latter work he gave the National Art Education Association’s 2008 Ziegfeld Lecture, awarded for his role in developing ‘The Hockney-Falco Thesis,’ and for its relevance to the field of art education. 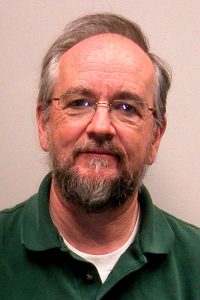 Tim Reith is a Research Professor in the Surface Science Division of the University’s College of Optical Sciences. He holds B.S. and M.S. degrees in physics and a Ph.D. in materials science from Syracuse University. Before joining the University of Arizona, he worked at the IBM Corporation for many years in several different technologies including: vacuum system design and construction, semiconductor device metallization schemes, Ohmic and Schottky barrier diode contacts to silicon and germanium, thin magnetic films for recording heads, magneto-optic recording media using rare earth-transition metal alloys, and hard disk drive recording media. His most recent responsibilities before leaving IBM included disk design for all future high-end server drives as well as managing the liaison between IBM Almaden Research and the IBM Storage Technology Division for future strategic advanced media research and development. In 1996, he was among the first 18 IBM Distinguished Engineers named world-wide and was the first to hold this position at their San Jose site. He holds 20 U.S. Patents in several technical fields and has authored more than 50 publications. He was named a member of the IEEE Magnetics Society Editorial Board in 2002 and the Advances in Magnetics Editor a year later. His current interests include the growth and characterization of lower-dimensionality epitaxial magnetic films, with an emphasis on Co-based structures for potential ultra-high density recording applications.