Course description
OPTI 511R is an introduction to basic concepts of optical physics and the interaction between light and matter.  This course is designed to give optics students a broad understanding of the generation and absorption of light by matter,  and how light can be used to manipulate properties of matter and be manipulated by matter.  In this course, basic ideas from quantum mechanics will be introduced and used to develop a fully quantum model of the atom that will enable a deeper understanding of light-matter interactions beyond the classical Lorentz model (or more specifically, the interaction between a classical light field and an ensemble of atoms in a dilute gas). After developing a perspective on both classical and semi-classical pictures of light-matter interactions, the basic properties of laser operation will be explored. The course is not designed as a broad survey of laser systems, but rather a careful look at the classical and quantum perspectives of light-matter interaction and the properties of this interaction that make laser operation possible.  A few examples of different laser systems that exemplify specific properties will be given, however the course is not intended as a laser engineering course. A brief introduction to a fully quantum model of light-matter interactions and the field of quantum optics will be given towards the end of the course. While previous courses in physics would indeed be helpful, this course is designed to be accessible to students who have a general science or engineering background and basic familiarity with using complex numbers, matrices, and differential equations.   Previous courses in quantum mechanics are NOT required.

Course emphasis
Because this is an introductory course covering many topics, this course will not develop detailed exploration of all subjects that will be covered. If you have further interest in any of the course topics, other specialized classes cover the subjects in detail.  In this respect, OPTI 511R covers material that is fundamental to many other Optics courses in quantum optics and photonics.  In OPTI 511R, an emphasis will be placed on the learning of new concepts, rather than detailed mathematical derivation of all of the subjects. Many of the concepts of quantum mechanics and quantum optics may seem strange and non-intuitive. For some of these concepts, an initial (perhaps tentative) acceptance will be needed until they become more familiar.  The math used in this course is generally not difficult. However, learning the mathematical formalism and the application of the mathematical tools can be tricky and confusing. Many simple tricks and approximations exist to solve problems, some of which we will explore.
The language of optical physics and quantum mechanics can also be confusing at times. Previously familiar words take on new meanings or new mathematical formalism, and a single concept can have various mathematical representations or notations on paper. As in most scientific disciplines, different authors and instructors use different symbols to represent identical concepts. In this course, it is the concept that is of primary importance; given a symbol or a problem, you must interpret the expression or method to solve the problem, and extract the relevant concepts.

Prereqs: OPTI 501 and basic linear algebra
Particularly, it is assumed that the following concepts will be familiar:
1.  Wave equation and complex representation of EM waves
2.  Lorentz oscillator model, absorption, and refractive index
3.  Basic operations with vectors and complex variables
4.  Manipulation of matrices
5.  Eigenvalues and eigenvectors/eigenfunctions in algebraic and matrix forms.
6.  Basic properties of Fourier transforms
7.  Separation of variables method of solving partial differential equations
If you are weak in any of these areas, you may need to do some extra work during the course of OPTI 511.  Some key ideas will be reviewed, but these topics will not be taught from scratch.
Again, previous courses in physics will be helpful, but are not required.  This course is designed to be accessible to students without a physics background. 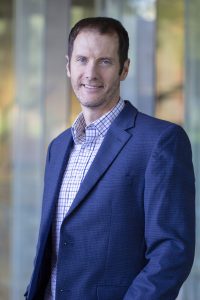