A simple law interferometric technique for measuring the modulation transfer function of an optical system is described.

An analysis is performed to determine the accuracy with which an ac heterodyne lateral shear interferometer can measure wavefront aberrations if a white light extended source is used with the interferometer, and shot noise is the predominate noise source. The analysis shows that for uniform circular or square sources larger than a derived minimum size, the wavefront measurement accuracy depends only upon the radiance of the source and not upon the angular subtense of the source. For a 1-msec integration time, a 25-cm2 collecting area, and a source radiance of 10 W/m2-sr the rms wavefront error is approximately 1/30 wave, assuming the signal is shot noise limited. It is shown that for both uniform circular and square sources an optimum shear distance is approximately 1/2 the aperture diameter required to resolve the light source. Comments are made on the optimum shear for nonuniform radiance distributions.

The use of a lateral shear interferometer in measuring the power variation of ophthalmic lenses is described and demonstrated. It is shown that an appropriate lateral shear interferometer directly measures the power variation of an ophthalmic lens. If the ophthalmic lens has a toric surface, the power for each axis can be measured separately. Individual surfaces can be tested, as well as the whole lens or the different segments of a multifocal lens. The sensitivity of the test can be selected by varying the amount of lateral shear. Because of the demonstrated simple relationship between fringe spacing and dioptric power, qualitative examination of the fringes has proved a useful adjunct to conventional quality control methods.

OTF measurements with a white light source: an interferometric technique

A modified Ronchi interferometer using two identical gratings is described. This instrument is very suitable for the measurement of small, zonal aberrations, since the shear can be changed continuously by rotating one grating with respect to the other, while the direction and magnitude of the tilt between the sheared wavefronts can be varied by adjusting the distances of the two gratings from the center of the Gaussian sphere.

A grating lateral shear interferometer is described that can be used with a white light source. The use of the interferometer with certain types of extended sources is also demonstrated.

A simple grating lateral shear interferometer is described that can be made to give simultaneously two interferograms having shear in two orthogonal directions. The shear for the two orthogonal directions is produced in one plane by one double frequency crossed diffraction grating that can easily be produced holographically. Translating the grating sideways causes the irradiance of the interferogram to vary sinusoidally with time enabling the interferometer to be used with real-time heterodyne phase detection. 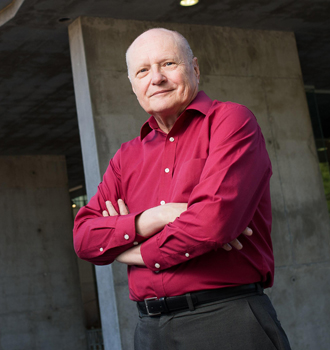