Dr. Hua is currently a full professor with the College of Optical Sciences (OSC) and joint faculty with the Department of Electrical and Computer Engineering and Department of Computer Science at the University of Arizona. Before she joined the faculty at the OSC in 2003, Dr. Hua was an assistant professor with the Department of Information and Computer Sciences at the University of Hawaii at Manoa from December 2002 to December 2003, a Beckman Fellow affiliated with the Beckman Institute for Advanced Science and Technology at University of Illinois at Urbana-Champaign (UIUC) from December 1999 until December 2002, and a postdoctoral research associate at the Optical Diagnosis and Application Lab (ODALab) at the School of Optics/CREOL at University of Central Florida (UCF) from February to December in 1999, and a research assistant with Dr. Yongtian Wang at BIT from 1994 to 1999. Dr. Hong Hua received her Ph.D. degree in optical engineering from Beijing Institute of Technology (BIT), Beijing, China, in 1999, with the dissertation titled “Techniques of Immersion Enhancement and Interaction for Virtual Reality” (with honor). She received her B.S. in optical engineering and Minor B.S. degree in computer science from BIT in 1994.

With over 25 years of experience, Dr. Hua is widely recognized through academia and industry as an expert in wearable display technologies and optical imaging and engineering in general. Her current research focuses on optical technologies enabling advanced 3D displays, especially head-mounted display technologies for virtual reality and augmented reality applications, visual perception with VR/AR displays, user interaction with virtual and augmented environments, and microscopic and endoscopic imaging systems for medicine. She has received numerous research grants and contracts as the Principal Investigator by the National Science Foundation since 2000, including the most recent and prestigious NSF CAREER award, National Institute of Health, Department of Defense, and several major industrial sponsors, such as Google, Intel, eSight, etc.

Dr. Hua has published over 200 technical papers and filed a total of 23 patent applications on her specialty fields, and delivered numerous keynote addresses and invited talks at major conferences and events worldwide. She is a Fellow of SPIE Fellow and OSA. She was a recipient of NSF Career Award in 2006 and honored as UA Researchers @ Lead Edge in 2010. Dr. Hua and her students shared a total of 8 “Best Paper” awards in various IEEE, SPIE and SID conferences.

Dr. Hua has been serving various proposal review panels and conference committees as well as regular reviewers for a wide range of scientific journals. She is current at Associated Editor for Science Advance. 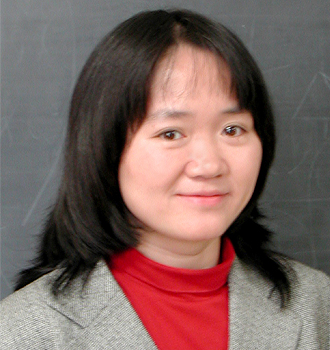